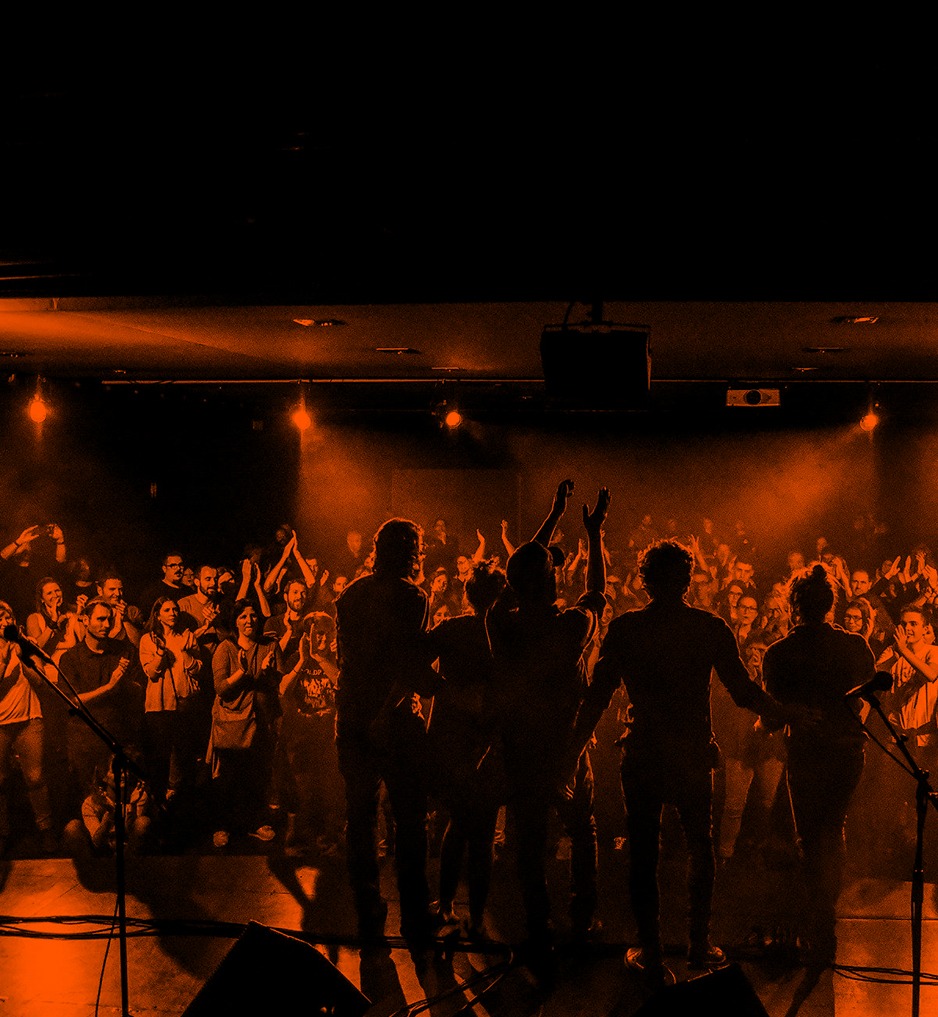 To Be Confirmed Produccions (TBC)

Street marketing campaign for To Be Confirmed Produccions (TBC)

In April 2011 “a new live music promoter” was born. TBC, or To Be Confirmed, are one of the most commonly used acronyms in the world of concerts and live performances. And we said “a new one” because TBC is founded on the ashes of Atzavara Concerts, known for its many concerts across the country, but specially in Barcelona, which include the likes of: Melvins, Lightning Bolt, Pelican, Isis, Russian Circles, Karate, Kylesa, Joe Lally, Enablers and a huge etcetera that shapes our past experience.

The Atzavara name came from the original Atzavara Club de Sant Feliu de Guíxols, a cultural association where two members of TBC are still part of.

Our clients’ list is even longer than the services we offer. Among them you can find music festivals, magazines, exhibitions and conventions, restaurants, promoters and cinema studios… There’s only one missing: you.

MIL MASCARAS uses "COOKIES" to ensure the proper functioning of its web portal, to improve security, to achieve greater efficiency and customisation and to collect statistical data. Click on "ACCEPT" to allow their use, or on "REFUSE" to reject them. You can click on "MORE INFORMATION" to get information about all cookies. MIL MASCARAS cannot guarantee the full functionality of the site if you refuse to accept cookies. You can find more information in our COOKIE POLICY at the bottom of the page or in MORE INFORMATION.
Accept Reject + Info
Privacy & Cookies Policy

This website uses cookies to improve your experience while you navigate through the website. Out of these, the cookies that are categorized as necessary are stored on your browser as they are essential for the working of basic functionalities of the website. We also use third-party cookies that help us analyze and understand how you use this website. These cookies will be stored in your browser only with your consent. You also have the option to opt-out of these cookies. But opting out of some of these cookies may affect your browsing experience.
Necessary Always Enabled
Necessary cookies are absolutely essential for the website to function properly. This category only includes cookies that ensures basic functionalities and security features of the website. These cookies do not store any personal information.
Non-necessary
Any cookies that may not be particularly necessary for the website to function and is used specifically to collect user personal data via analytics, ads, other embedded contents are termed as non-necessary cookies. It is mandatory to procure user consent prior to running these cookies on your website.
SAVE & ACCEPT